The unquenchable thirst of Los Angeles is to blame for the dust bowl now known as Owens Valley. Before drying up in 1926, Owens Lake covered about 108 square miles in California near the border with Nevada. But in 1913, the Los Angeles Department of Water and Power diverted the Owens River into the LA Aqueduct. One hundred years later, the City of Los Angeles has paid more than $1.2 billion to minimize the adverse health effects of the windblown dust coming off the dried lake bed. The DWP uses a combination of gravel and flora cover, plus flooding of about 42 square miles of the valley to keep airborne pollution to a minimum. But the DWP, along with local agriculture and livestock representatives, are unsatisfied with the wasted water that goes toward the flooding. This spring, the agency announced it would work with local agencies to craft a long-term solution to dust mitigation that relies less on water.

Once an oasis in central Asia and the fourth largest body of fresh water in the world, the Aral Sea began losing volume in the 1960s. In an attempt to irrigate crops in the deserts of what is now Uzbekistan, the USSR had started diverting water from the Aral’s feeder rivers, the Amu Darya and Syr Darya, in the ’40s. By 1986, the lake volume decreased to the point of becoming four distinct bodies of water. Today, it can claim only about 10 percent of its former surface area of 26,300 square miles. By volume, the lake has lost an estimated 167 billion gallons of water, more than the entire volume of Lake Erie.

Still, there is some hope the Aral Sea will persist—though at nowhere near the lake’s historic levels. In 2003, Kazakhstan, Kyrgyzstan, Tajikistan, Turkmenistan, and Uzbekistan joined together to build the Kokaral Dam. By 2007, the structure had slowed the drainage enough to increase water levels in the northern body by about 40 meters.

At the lowest point on Earth, the Dead Sea is slowly wasting away. Although a one-inch drop in the lake level from evaporation on a hot summer day is normal, the last 30 years have seen a dramatic decrease in lake size. Recently, water levels have been dropping as quickly as 3 feet per year. Two distinct bodies of water now characterize the Dead Sea. The southern portion is home to ponds that are used to extract salts and other minerals, while the northern body is still a beacon for tourists.

To stem the disappearance of the Dead Sea, Israel, Jordan, and Palestine have agreed to a plan to pump in about 53 billion gallons of water per year from the Red Sea, which is more than 100 miles away.

In its heartier days, Lake Faguibine in Mali was one of the largest lakes in West Africa, at about 230 square miles. Fed by the Niger River, the ecosystem supported a healthy economy of fishing, agriculture, and livestock herding. But by 1990, droughts had completely dried the lake, forcing residents to seek subsistence from other resources. A return of rains in the last 15 years has added about six percent of former surface area to Faguibine, but long-term restoration appears impossible.

With temperatures reaching a scorching 125 degrees Fahrenheit during the summer, the evaporation of Lake Assal in Djibouti is an unavoidable reality. Housed in a volcanic crater, the body of water was likely separated from the Gulf of Aden, and the greater Indian Ocean, by lava flows. In such harsh conditions, Assal sees little rainfall runoff to feed the lake. Instead, its volume is replenished through subsurface water flow from the nearby gulf.

One of just a few lakes that has not shrunk due to water diversion, Assal is still an important natural resource for the local economy. The lake is 10 times more saline than seawater, and its salt is harvested for distribution across Africa and Europe.

The Lake Chad basin in central Africa is one of the most dusty places on earth, and a “ecological catastrophe” according to the United Nations. Like the Aral Sea, the lake’s main feeder, the Chari River, was diverted to provide irrigation for farmers in different regions. Between 1963 and 2001, the lake shrank by 95 percent to just 580 square miles; it had previously measured more than 10,000 square miles. With the lack of water and marshes, dust chokes the area, beginning the process of dune formation and the desertification of a once lush habitat.

Replenishment plans are ambitious, but still in the early phases. The nations of Chad, Nigeria, Cameroon, Niger, and the Central African Republic (which is home to a number of Chari River tributaries) hope to pump water from the Congo River north toward the Chari. Although the Congo dumps water into the Atlantic Ocean, the effects of diversion toward Chad remain unclear.

With six dams capturing a majority of water from 11 rivers that once fed the salt lake, Lake Urmia in northern Iran is evolving from a luxury vacation destination into a cracked salt bed. As big as 2,000 square miles, the lake was once among the largest in the Middle East. Today, it covers just under 40 percent of that area. Although energy and food production has benefited from the damming of the rivers, many environmentalists fear the long-term result of water diversion could be a nearly dry lakebed like the dustbowl of the Aral Sea.

This past January, China’s Lake Poyang receded far enough to reveal an ancient stone bridge that had been submerged for 400 years. But excitement over the discovery has been tempered by continuing concerns over the extremely low water levels of the country’s largest freshwater lake. In 2012, during one of the country’s worst droughts, China’s official Xihua News Agency reported the lake had reached a new record low of 7.95 meters (about 28 feet). Local authorities at that time even went to the extreme measure of air-dropping millet, corn, and shrimp for the hundreds of thousands of migratory birds that feed at Poyang. And while mother nature is one of the main culprits, China’s disastrous Three Gorges Dam has also played a big role in withholding water from the lake.

Damming the lake, which is situated in the middle of the Yangtze River, has been proposed to restore lake levels for both economic and ecological benefits—but no imminent plans are in place, as the effects of the drought are forgotten during the wet season.

Since the time of the Spanish conquistadors, Mexico’s lakes have suffered dramatic upheaval. Once a pristine lake, the capital was created by draining and then building out Mexico City. Now the fate of Mexico’s largest lake, Chapala, may mimic that of the capital. Historically averaging about 700 square miles in surface area, Chapala experienced its first major crisis in 1955. A combination of drought and diversion saw the water level dip by about 7 percent, enough to wreak havoc on hydraulic electricity generation for the town of Guadalajara. Although the lake rebounded throughout the later part of the century, by 2001 more than 25 percent of the lake’s surface area had disappeared. Water levels nearly matched those of the crisis in 1955.

Faced with additional uncertainty about water availability, in March a presidential decree set strict limits on the amount of water that can be diverted from both Lake Chapala and its watershed. Enforcement of the limits will be the next test.

Staring across the vast expanse of Lake Michigan, it could be hard to recognize the signs of trouble. But last year, the Great Lakes reached their lowest levels in recorded history. With a 1.5-foot average drop in water level across the connected Lakes Michigan and Huron since 1999, 2.5 million gallons have exited the body of water. The main culprit for the receding lake level is the St. Clair River, a waterway that has been widened and deepened numerous times in the last century to provide a shipping channel between the upper and lower Great Lakes. The cumulative effect of human engineering and mother nature’s power is an oversized drain spout at the bottom of Huron.

To avoid such a fate, the Army Corps of Engineers designed remediation measures in the 1960s during the last deepening. But bureaucracy and above-average water levels hindered any action on the structures. After years of agitation on the subject, groups like Restore our Water International have reignited the drive for remediation. In March, President Obama allocated funding toward re-evaluating the Corps’ plans. Other attempts are being made to keep attention on the topic while the evaluation takes place. The documentary Drain, which is currently in production, examines the current crisis at the Great Lakes, and the lessons learned from other inland oceans like the Aral Sea. 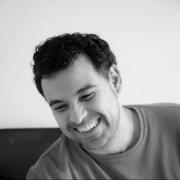